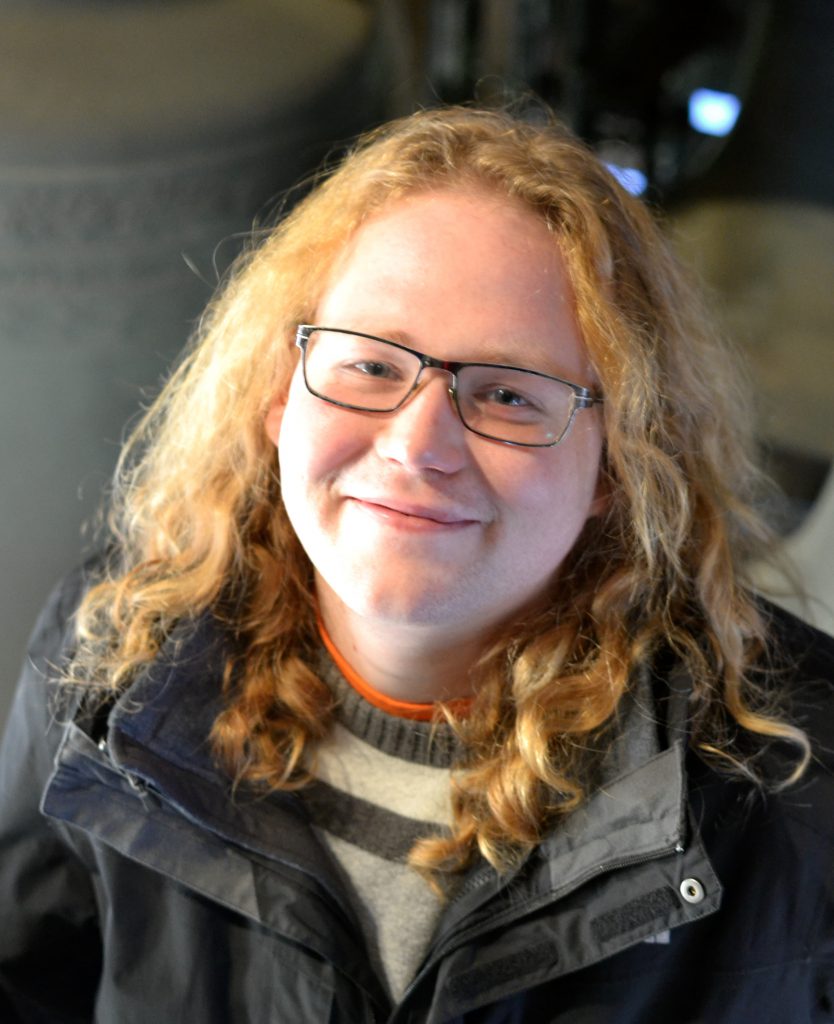 Jakob De Vreese is a young and driven musician from Ghent, Belgium. He plays the organ, piano, double bass and carillon. Jakob began his musical studies in piano at the Music Academy of Ghent when he was eight years old. After becoming increasingly interested in the organ, he began formal studies in organ with Christiaan Van Holle, and later with Paul De Maeyer, with whom he studies today. After graduating from the Lemmens Institute with a degree in piano, Jakob started his carillon studies at the Royal Carillon School “Jef Denyn” with Dina Verheyden and Koen Van Assche.

Jakob is active as a liturgical organist in several churches, city carillonneur of Geraardsbergen (B), assistant carillonneur in Ghent (B), and is chairman and teacher at the OZMA music school in Lokeren and Ghent. He is a laureate of several carillon competitions in Belgium and the Netherlands, and in 2013, he won first prize in the International Competition for Young Carillonneurs in Saint-Amands-Les-Eaux, France.

Jakob is also founder of Salvator, a new online platform for carillonneurs to share arrangements and compositions.